Our Company History Philosophy Our Management 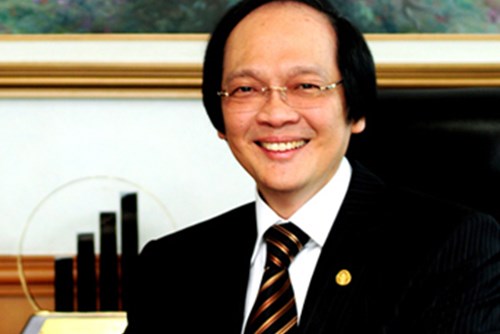 In 2016, Mr. Sudhamek was inducted as a member of the National Economic & Industry Committe by The President of the Republic of Indonesia: Mr. Joko Widodo; within the same year, He was also awarded with Doctor Honoris Causa by The Universitas Kristen Satya Wacana, on his concept called the Spirituality Based Company (SBC). He is affiliated with other organisations, including as the Chairman of the oldest Buddhist organization in Indonesia (Buddhayana), one of the founders of ICRP (Indonesian Conference on Religion And Peace), and as the Board of Governors of an educational institution called Global Sevilla School, which he established together with the late Mr. Nurcholish Madjid.

Adhitya Soenjoto - President Director
He is the President Director of PT. Dharma Agung Wijaya since 2009, responsible for managing the whole business operation of DAW Group. He sits in the management board of other business units under DAW Group, such as: the Director of PT. Hanusentra Agro Lestari (a palm oil plantation) since 2012, the Director of PT Sentosa Bumi Wijaya (a palm oil mill) since 2010 and the Director of PT. Bina Niaga Multiusaha (precision stainless steel rolling mill) since 2016. From 2007 until 2008, he worked at Ernst & Young in Hong Kong, as an auditor. He obtained his Bachelor of Art Degree in Economics in 2005, at The University of Michigan - Ann Arbor, USA. He then obtained his MBA Degree in 2009, at Babson College, Boston - Massachusetts, USA.

Yudie Soenjoto - Vice President Director
He is the Director of PT. Dharma Agung Wijaya since June 2014, with management responsibility over Energy Division of DAW group. Within the energy division, he serves as director at PT. BEA. He is affiliated with an educational institution a Board Member Executive Secreatry at Global Sevilla School. Prior to joining DAW group, he had served as Project Manager at Garudafood Group, from February 2010 until December 2011. He obtained his Bachelor Degree in Mechanical Engineering from University of Michigan - Ann Arbor. In 2014, he completed his M.B.A in entrepreneurship at Babson College, Wellesley, MA

Hendy Liusgria - Chief Financial Officer
He is the Chief Financial Officer for PT. Dharma Agung Wijaya since 2019, with management responsibilities over the financials and tax of both Resources Division and Energy Division of DAW Group. Mr. Hendy had extensive and long term experiences in finance and tax, previously served as the CFO of  PT Sinar Niaga Sejahtera, which is the distribution company serving Garudafood Group.

Eduard Siregar - Division Head
Previously, he served the responsibility as Head of Financial Accounting under the Resources Division. In 2017, Mr Eduard served as the Head of Resources division of DAW, managing the operation of four palm oil mills and plantation in Sumatera and Kalimantan.

Sentiyono - Division Head
He is the Head of Bioenergy Division of DAW Group since 2017, managing the operation of palm kernel shells trading business and renewable energy developments in the bioenergy sectors. He is also a certified Toyota Trainer in various subjects, such as Toyota Practical Problem Solving, Quality Control Check, and Project management.